Selena Gomez on Instagram Fatigue, Good Mental Health, and Stepping Back From the Limelight 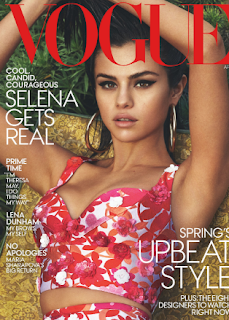 On an unusually wet and windy evening in Los Angeles, Selena Gomez shows up at my door with a heavy bag of groceries. We’ve decided that tonight’s dinner will be a sort of tribute to the after-church Sunday barbecues she remembers from her Texan childhood. I already have chicken simmering in green salsa, poblano peppers blackening on the flames of the stove, and red cabbage wilting in a puddle of lime juice. All we need are Gomez’s famous cheesy potatoes—so bad they’re good, she promises. She sets down her Givenchy purse and brings up, in gaudy succession, a frozen package of Giant Eagle Potatoes O’Brien, a can of Campbell’s Cream of Chicken soup, a bag of shredded “Mexican cheese,” and a squat plastic canister of French’s Crispy Fried Onions.


“I bet you didn’t think we were going to get this real,” she says, and when I tell her that real isn’t the first word that springs to mind when faced with these ingredients, she responds with the booming battle-ax laugh that offers a foretaste of Gomez’s many enchanting incongruities.
But real is precisely what I was expecting from the 24-year-old Selena, just as her 110 million Instagram followers (Selenators, as they’re known) have come to expect it. Of course, celebrity’s old codes are long gone, MGM’s untouchable eggshell glamour having given way to the “They’re Just Like Us!” era of documented trips to the gas station and cellulite captured by telephoto lenses. But Gomez and her ilk have gone further still, using their smartphones to generate a stardom that seems to say not merely “I’m just like you” but “I am you.” 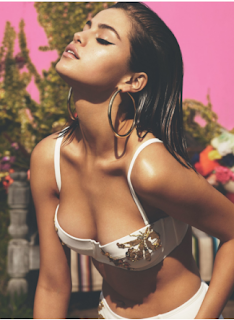 “People so badly wanted me to be authentic,” she says, laying a tortilla in sizzling oil, “and when that happened, finally, it was a huge release. I’m not different from what I put out there. I’ve been very vulnerable with my fans, and sometimes I say things I shouldn’t. But I have to be honest with them. I feel that’s a huge part of why I’m where I am.” Gomez traces her shift toward the unfiltered back to a song she released in 2014 called “The Heart Wants What It Wants,” a ballad about loving a guy she knows is bad news. The title derives from a letter written by Emily Dickinson, though Woody Allen reintroduced the phrase when he used it to describe his relationship with Soon-Yi Previn. We can assume that Gomez is referring here to Justin Bieber, with whom she ended a three-year relationship at around the time the song debuted. 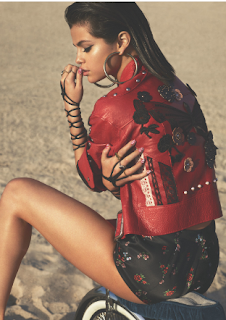 If you are over 30 and find yourself somewhat mystified by Gomez’s fame, unable to attach it to any art object—apart from several inescapable pop songs and a cameo in The Big Short in which, as herself, she explains synthetic collateralized debt obligations—then you might wish to watch the video for “The Heart Wants What It Wants.” (You will be late to the party; it received more than nine million views in the first 24 hours following its release.) Before the music begins, we hear Gomez’s voice as if from a recorded psychotherapy session, ruminating over a betrayal. “Feeling so confident, feeling so great about myself,” she says, her voice breaking, “and then it’d just be completely shattered by one thing. By something so stupid.” Sobs. “But then you make me feel crazy. You make me feel like it’s my fault.” Is this acting? Is it a HIPAA violation? Either way, there is magic in the way it makes you feel as if you’ve just shared in her suffering. Pay dirt for a Selenator. 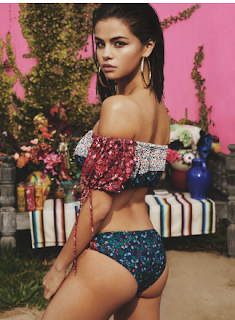 Gomez queues up a playlist—Dolly Parton, Kenny Rogers—and back in the kitchen, there is a chile relleno casserole to assemble, green enchiladas to roll, and her cheesy potatoes to mix together. As I slip an apron over her mane of chocolate-brown hair, for which Pantene has paid her millions, and tie it around her tiny waist, I wonder whether her legions have felt for years the same sharp pang of protectiveness that I’m feeling at present. Even as she projects strength and self-assuredness, Gomez is not stingy with frailty. “I’ve cried onstage more times than I can count, and I’m not a cute crier,” she says. Last summer, after the North American and Asian legs of her “Revival” tour, with more than 30 concerts remaining, she abruptly shut things down and checked into a psychiatric facility in Tennessee. (This was the second time Gomez had canceled a tour to enter into treatment; in January 2014, shortly after being diagnosed with lupus, she spent two weeks at the Meadows, the Arizona center that has welcomed Tiger Woods, Rush Limbaugh, and Kate Moss.) The cause, she says, was not an addiction or an eating disorder or burnout, exactly. 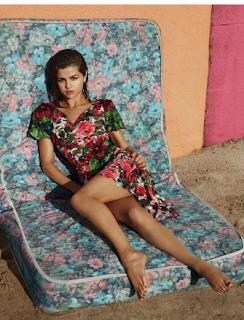 “Tours are a really lonely place for me,” she explains. “My self-esteem was shot. I was depressed, anxious. I started to have panic attacks right before getting onstage, or right after leaving the stage. Basically I felt I wasn’t good enough, wasn’t capable. I felt I wasn’t giving my fans anything, and they could see it—which, I think, was a complete distortion. I was so used to performing for kids. At concerts I used to make the entire crowd raise up their pinkies and make a pinky promise never to allow anybody to make them feel that they weren’t good enough. Suddenly I have kids smoking and drinking at my shows, people in their 20s, 30s, and I’m looking into their eyes, and I don’t know what to say. I couldn’t say, ‘Everybody, let’s pinky-promise that you’re beautiful!’ It doesn’t work that way, and I know it because I’m dealing with the same shit they’re dealing with. What I wanted to say is that life is so stressful, and I get the desire to just escape it. But I wasn’t figuring my own stuff out, so I felt I had no wisdom to share. And so maybe I thought everybody out there was thinking, This is a waste of time.”

On August 15, Gomez uploaded a photo of almost baroque drama: her body collapsed on the stage, bathed in beatific light. Whether this was agony or ecstasy, it drew more than a million comments from fans (who have handles like “selena_is_my_life_forever”). It would be her last Instagram post for more than three months. She flew to Tennessee, surrendered her cell phone, and joined a handful of other young women in a program that included individual therapy, group therapy, even equine therapy. “You have no idea how incredible it felt to just be with six girls,” she says, “real people who couldn’t give two shits about who I was, who were fighting for their lives. It was one of the hardest things I’ve done, but it was the best thing I’ve done.” She stayed for 90 days, making her first post-treatment appearance last November at the American Music Awards, where she collected the trophy for Favorite Pop/Rock Female Artist and gave a tearful speech about her struggles; it quickly went viral. 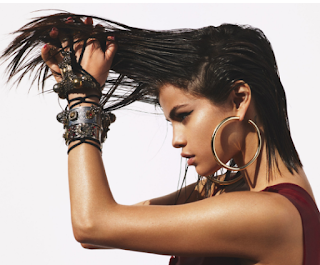