Puma: François-Henri Pinault steps down from board of directors 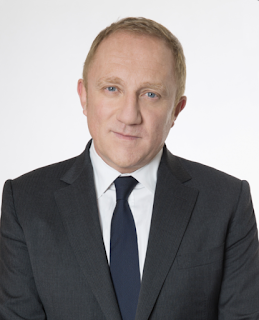 What does the future hold in store for Puma? As of Wednesday evening, François-Henri Pinault  will no longer be a member of the German sport group's board of directors. And his departure seems certain to raise questions about the long-term future of Puma in Kering's stable of brands. The Kering CEO's decision to step down from his post as vice-chairman of Puma's board of directors was approved on 12th April, at the sport brand's AGM held in its headquarters in Herzogenaurach, Germany.


The election of the entire board of directors was on the AGM's agenda, and the name of François-Henri Pinault, for whom the acquisition of Puma in 2007 marked his first major decision as head of the group created by his father François Pinault, was not on the short-list. Moreover, Todd Hymel, CEO of Volcom - Kering's Californian sports label - is stepping down from the board, which he joined in 2012, according to information confirmed by the French-based group to FashionNetwork. However, Jean-François Palus, group managing director of Kering, shall remain on the Puma board as chairman.

In the past few years, the sale of Puma by the Kering group has been regularly rumoured to be on the cards, the news circulating among the media and financial analysts, even though Pinault has always denied his intention to sell. In an interview with the Financial Times last June, François-Henri Pinault stated that he had "no intention of selling Puma in the short term." No sale for the time being then, though this might not rule out a divestment further down the line. Other sources speculated, however, that Pinault junior would like to distance himself from the day-to-day management of Puma, passing the oversight of the German label to his most trusted lieutenant Palaus.

Kering is now clearly focused on its couture and luxury labels (Gucci, Saint Laurent, Balenciaga). On its own website, the conglomerate is currently described as "a worldwide luxury group", while its Sport & Lifestyle business is relegated at the bottom of the paragraph. Back in 2015, François-Henri Pinault instead was still describing Kering in the annual report as "one of the world's top luxury and sport groups." The semantic shift is significant.

Puma's business is currently buoyant: on 12th April the brand reported a solid 1st quarter 2017 performance, with an 18% leap in revenue in the period, to reach €1 billion. The sports brand also disclosed its financial forecast for 2017, predicting a rise in excess of 10% in sales for the fiscal year. On the Frankfurt Stock Market, Puma soared 8% to a high of 338.20 euros as investors reacted positively to the results. Bullish figures which could make for an opportune moment to spin off Puma.
at April 12, 2017