These Beyoncé-Approved Jewelry Designers Might Be Harlem’s Cutest Couple 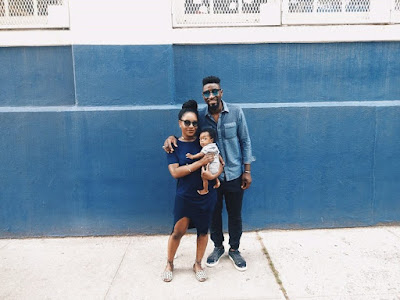 The couple who works together walks their own specific kind of tightrope, toeing a delicate line between true satisfaction and, well, sanity. Throw in a 1-year-old who’s just learned to walk himself, and keeping it together gets that much trickier. Yet Kristin and Kofi Essel of Third Crown—a jewelry line with a strong, modern aesthetic that’s made fans of Beyoncé and Solange Knowles—make it look effortless.


In their 20s, when most of their peers were still discussing hookups over hangover brunches, they were plotting a partnership that was both personal and professional. After exploring the idea of launching a fashion line together, the duo decided four years ago to focus on jewelry, drawing most of their inspiration from architecture movements across the ages.
Kofi, who grew up in London and Ghana (where he attended art school) before moving to New York to study at FIT, was transformed by a close examination of the Renaissance. “When you’re raised somewhere, no matter where, I think you tend to look outside of that place for inspiration,” he says. Kristin, born in Queens and raised in Florida, sees each of their collections “as one chapter in the book of Third Crown.” The Marcy series—inspired by the idea of a melting arc—reinterprets the original Cuban link chain popular in ’90s hip-hop, a style that felt “generic” to Kristin and Kofi. “We thought, ‘We can make a necklace that’s made with our own link,’ ” she says. Another group, Prizm, builds on that original design, but ramps up the texture and plays with size and scale. Season after season, the pieces are strong—and smart. Clasps hide in plain sight; links are bold and seamless. “We like to make sense,” Kristin explains.
Here, the couple, who live in Harlem with their 1-year-old son, Gareth, and Francois, their Shih Tzu and Cavalier King Charles mix. 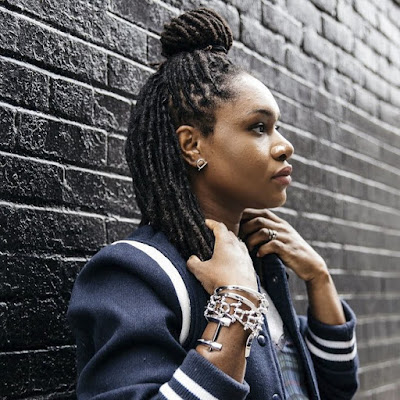