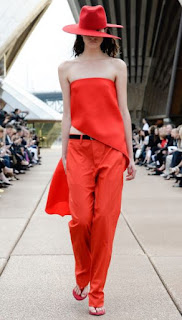 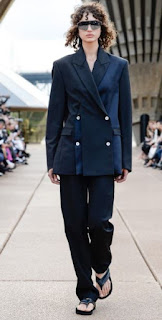 Today Dion Lee showed thongs—that’s Australian for flip-flops—at his Resort 2018 show. The thick-soled shoes were trimmed with elastic cable, giving them a sporty feel, and worn with everything from suiting to slip dresses. Turning the preferred footwear of Bondi's bums into an accompaniment for a Prince of Wales blazer was just one of the ways Lee took classically Australian items and reworked them as smart fashion pieces, among them his own versions of R.M.Williams boots, Akubra hats, and nubbly beach towels.

This return to Aussie form was inspired in part by Lee’s show location, the patio of the Sydney Opera House. At sunset, space was framed by lavender storm clouds and rosy light, colors echoed in his collection, along with the ivory of the building’s tile. Showing in the shadows of such an iconic venue, he said, prompted a collection that represented his version of Australian essentials. For Lee, this is a marked shift. A formalist of sorts, he’s cited ideas as abstract as glass as the jumping off points for his sometimes overwrought collections. Not this time.
Here, simplicity and a sunny ease were the prevailing spirits. Lee’s go-to cut-outs were stripped to their essentials, leaving a collarbone exposed or a strapless dress cut away to expose a hint of thigh. Suiting was easier than ever with a slight slouch in the trousers, though it’ll be hard to beat the appeal of Rachel Rutt, Australia’s homegrown hero of unstudied cool, in a coral red, knit and bias skirt. 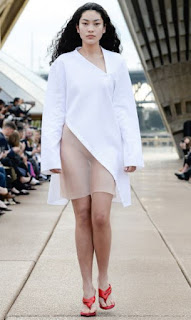 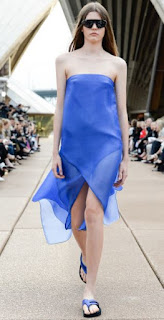 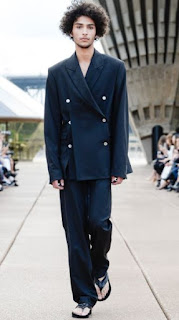 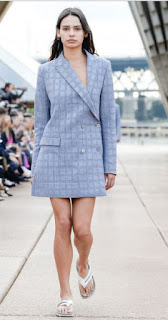 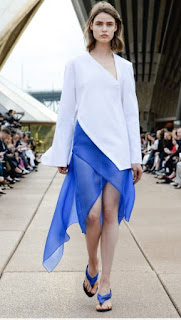 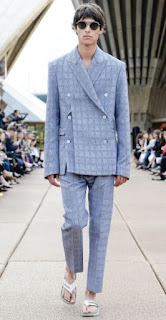 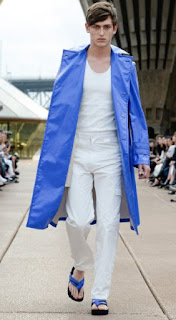 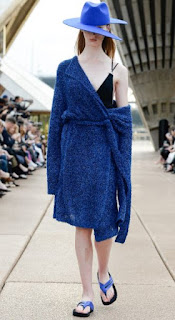 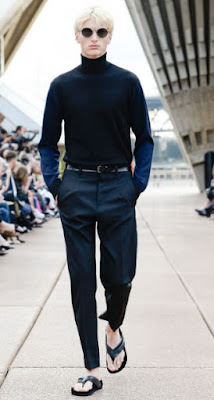 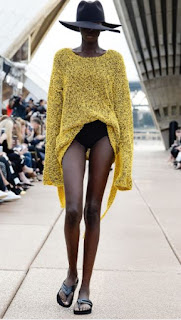 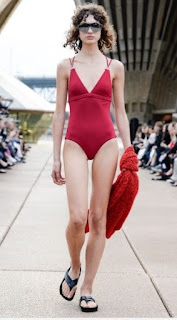 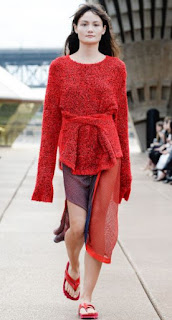 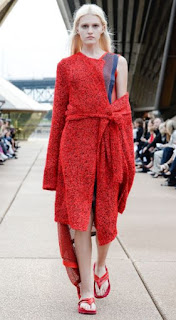 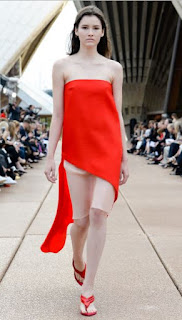 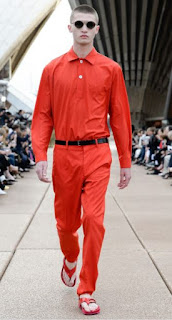 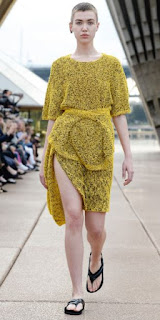 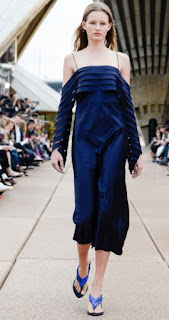 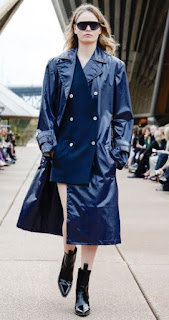 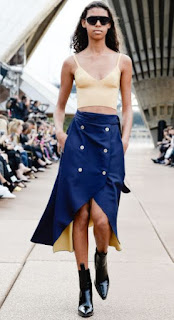 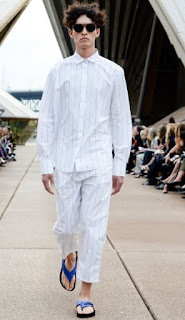 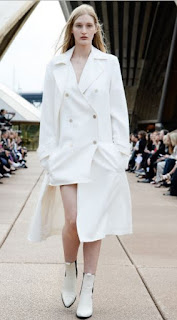 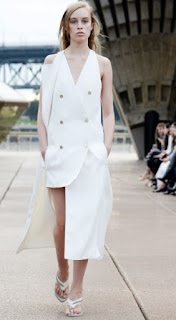 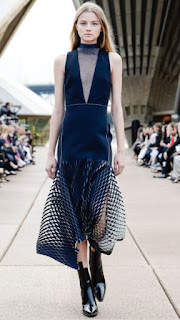 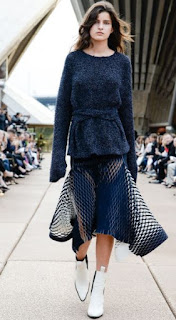 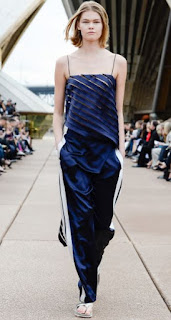 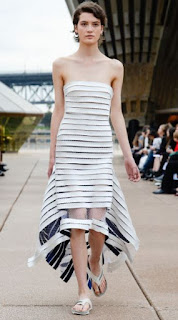 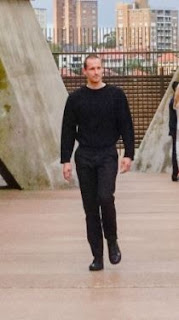