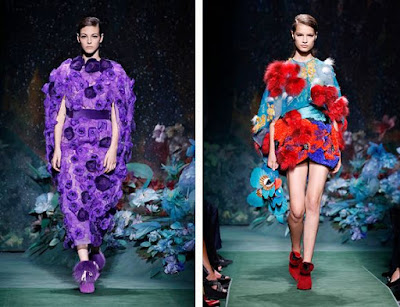 When Lagerfeld came out from backstage for his second and third bows he and his ateliers deserved that standing ovation. The Théâtre des Champs-Élysées doesn’t hold the same place in the collective imagination as the Trevi Fountain—Anita Ekberg may never have crossed its threshold—but it’s a grand venue nonetheless. And the velvet flowers of Bella Hadid’s otherwise sheer blue dress? Yes, you guessed it, shaved mink again.

Just as marvelous as Lagerfeld’s prodigious imagination is the virtuosity of the house’s Roman ateliers. The show ended in traditional haute couture form with the bride. The most astounding was the lattice of the attached shawl, which consists of 9,000 tiny discs that took 1,250 hours to hand sew. 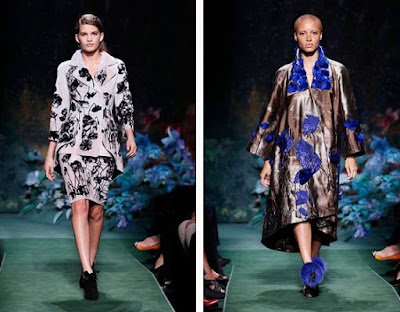 What these pictures can’t tell you is that the openwork yokes and cuffs on other Persian lamb jackets are made from tiny pieces of shaved mink embroidered one to another. Months and years of trial and error produced at least two techniques that made their stage debut tonight: sable dyed a zingy shade of coral and used for the skirt of a short dress (it’s delicate enough that it’s usually used in its natural state), and the hand-painted shaved mink of a wrap coat with storm flap wings. 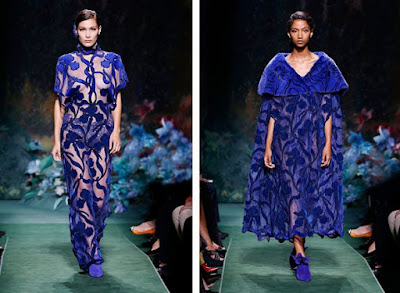 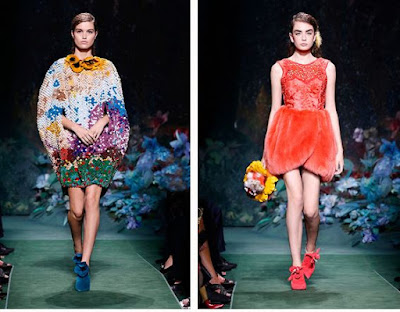 In keeping with the theme, some of the models carried clever flower basket bags, the construction of which created the blooms: Cinch the braided leather drawstring and the abstracted leather and fur petal shapes form the gathered bouquets—irises, poppies, or anemones. Tonight marked Fendi’s third haute fourrure show, the second in Paris after last year’s 90th anniversary celebration in Rome.

Vittoria Ceretti’s wedding dress, like many of the other dresses here, was embroidered in several different motifs. The 10,000 round paillettes of an egg-shaped cape? Shaved mink. The curtain rose on a woodland atmosphere at rosy dusk, setting a scene for a collection in which designer Karl Lagerfeld conjured a field of otherworldly flowers.Otherworldly in the fantastical sense; there are no blue poppies in real life, but at Fendi blue mink versions spring from the hem of a light brown sheared Persian lamb coat. And in the visionary sense, as well. 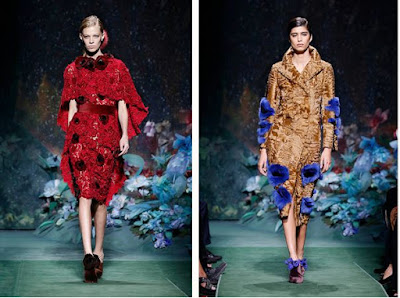 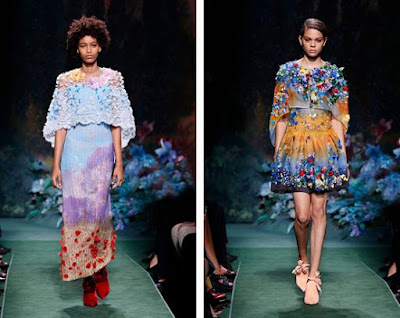 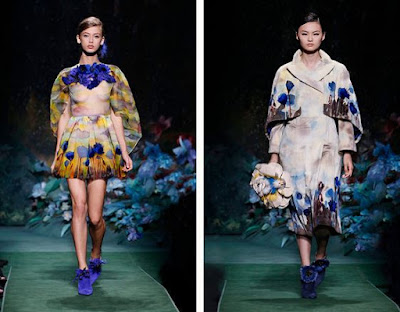 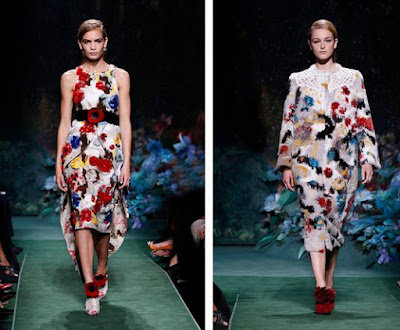 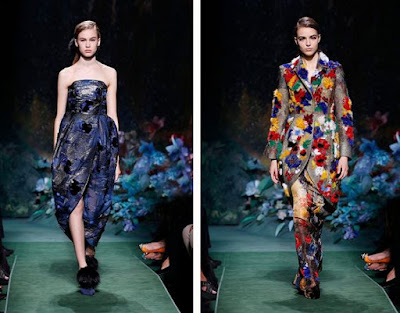 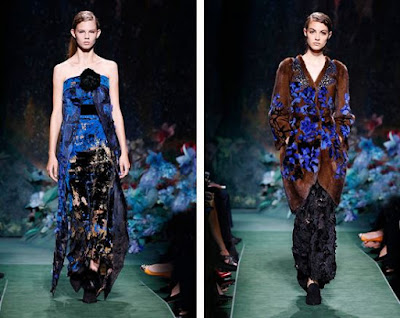 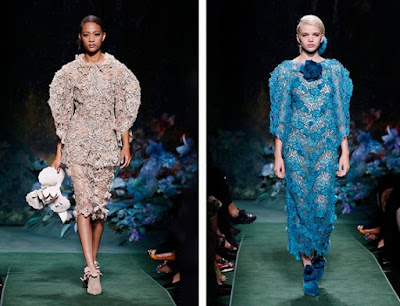 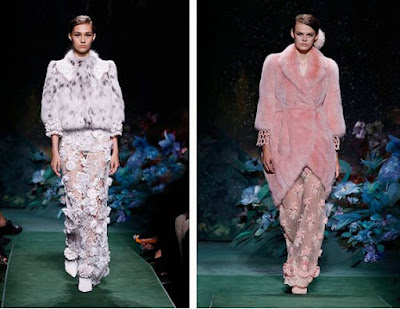 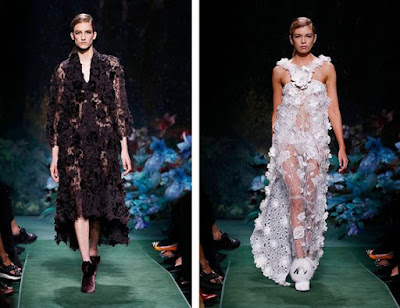 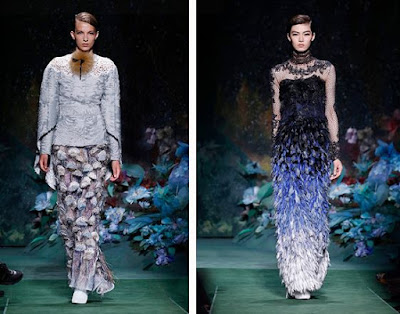 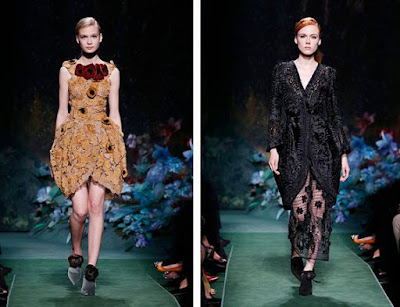 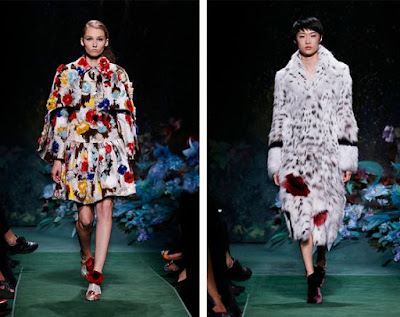 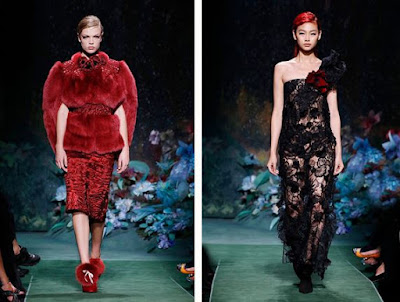 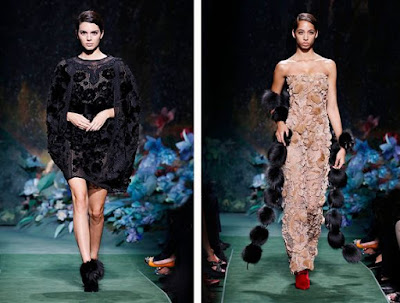 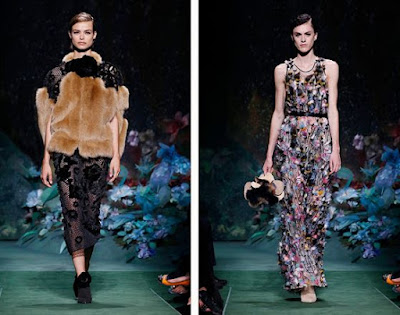