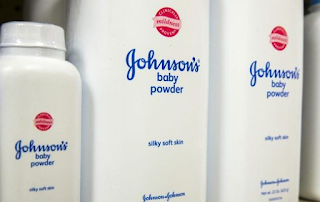 The organisation had also ordered the business’ Mumbai factory to cease using its supply of raw material to make the talcum powder under investigation, according to a source who spoke to the Times of India. A Johnson & Johnson factory in Baddi (Himachal Pradesh) was also given a similar notice.

Although the tests are ongoing, initial findings show that the business was “not complying with testing norms” of its raw materials according to India’s Drugs & Cosmetics Rules.

“As per norms, the company is supposed to test each batch of raw material for all specifications, including for presence of asbestos,” said the source. “During the probe, inspectors found the company was not testing every batch but only randomly checking some batches.”

Johnson & Johnson’s baby talcum powder attracted attention this week with the publication of a large-scale Reuters report asserting that the company may have known that its products contained traces of asbestos since as early as the 1970s. The chemical traces have been linked to mesothelioma and ovarian cancer.

However, the brand maintains that there is no asbestos in its products and has also stated that the tests currently being carried out are not raids but standard tests.
at December 22, 2018