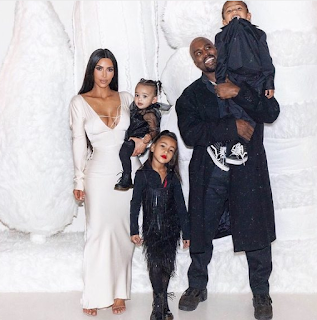 The makeup mogul took to social media over the holidays to share a handful of festive photos with her followers – who were quick to pick up on the fact that her daughter North was wearing a particularly striking shade of red lipstick. As reported by HelloGiggles, when one follower on Twitter called the lipstick "iconic," Kardashian West posted the reply: "It just might be a new Classic Red Lip I have launch VERY soon."

Kardashian's cult cosmetics brand, KKW Beauty, launched a series of 'Nude Creme' and 'Pink Creme' lipsticks over the past year but has not so far released the kind of deep, classic red shade sported by North. The launch would be the next big step for the beauty queen, whose brand has skyrocketed since its launch back in 2017, and now offers products spanning concealers, blushers, eyeshadows, mascaras, lip glosses and more. Kardashian has even hinted that a foray into the skincare business could be on the cards in the near future, telling Fashionista recently: "I really would love to do skin care."