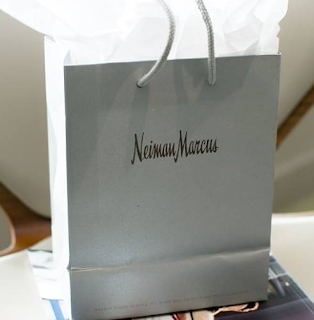 Neiman Marcus’ US$2.94bn term loan B, maturing in October 2020, was quoted between 83.5-84.5 by a secondary trader that follows the company, while an investor spotted the term loan between 84-85, down from a peak of 93.84 in mid-September. The company’s bond debt, due in October 2021 with an 8% coupon, fell to roughly 40 cents on the dollar on Thursday, compared to more than 60 cents at its peak in November, the investor added.

Asset manager Ares Management and the Canada Pension Plan Investment Board (CPPIB) took over Neiman Marcus in 2013, and despite the retailer increasing revenues this year, its worrisome debt level comes amid a wider struggle that has left brick and mortar retailers vulnerable to heightened competition from emerging discount and online-only stores.


Saddled with approximately US$4.7bn in debt due in 2020 and 2021, Neiman Marcus agitated creditors in September when it shifted international e-commerce unit MyTheresa to parent company Neiman Marcus Group from its original designation as a subsidiary.


Neiman Marcus has enjoyed increased sales this year from its online offering, but MyTheresa accounts for just 7% of the company’s revenue, the sources said.


Marble Ridge Capital, an investor holding Neiman Marcus bond and bank debt, sued the retailer this month, claiming the transfer of MyTheresa was fraudulent. Neiman Marcus made the transfer to gain leverage during negotiations with its creditors, according to sources, while the company’s bonds dipped as creditors’ claims on MyTheresa had softened.


In response, Neiman Marcus filed a counter suit this month, accusing Marble Ridge of spreading inaccurate statements about the company’s debt documents and asked the court to dismiss the creditor’s lawsuit.


Neiman Marcus did not respond to requests for comment.


A potential debt restructuring is expected to involve Neiman Marcus pledging collateral against the term loan B, extending the maturity of the bond and increasing the 8% coupon of the bond, the sources said.


Sponsors Ares and CPPIB would also likely buy back a portion of Neiman Marcus’ unsecured bonds, and sources said the company and creditors had formed the outlines of a potential restructuring agreement but Neiman Marcus remains steadfast in maintaining MyTheresa’s designation under the parent company.


MyTheresa is a critical negotiating tool between Neiman Marcus and its creditors as the latter wants the profitable e-commerce asset as collateral in exchange for pushing out the maturities of company debt, the sources said.


“Transferring MyTheresa came as a big shock and created distrust because creditors were expecting it to be available,” one of the three sources said.


Neiman Marcus is the largest retailer on Fitch Ratings’ Top Loans of Concern and Top Bonds of Concern lists, said Sharon Bonelli, a managing director and leveraged finance analyst at the ratings agency.


But unlike distressed retailers Sears or David’s Bridal, Neiman Marcus benefits from stronger liquidity and lower operating costs as it only has 40 physical stores.


“Neiman Marcus is the only major retailer left on our list of concern,” said Bonelli, adding that the majority of distressed retailers had already sought bankruptcy protection.


Neiman Marcus reported total revenues of US$1.1bn for the quarter ending on October 27, up 2.8% year-on-year, the company said in a filing with the Securities and Exchange Commission. Adjusted Ebitda was US$135.3m compared to US$122.3m year-on-year.