Why inclusivity will mater in 2019 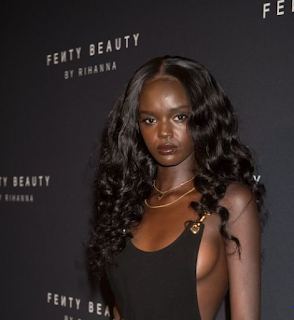 Over the past 12 months, the industry has undergone a noticeable shift in terms of its attitude towards diversity, with multiple brands focusing on cultivating a more approachable and inclusive image.

At the forefront – as ever – is Rihanna, whose new Savage x Fenty lingerie brand put on a show-stopping debut catwalk presentation during New York Fashion Week this September, featuring a diverse cast of models of varying skin tones and body shapes, including Joan Smalls, Duckie Thot, Molly Constable and a very pregnant Slick Woods.


Meanwhile, lingerie giant Aerie hit the headlines back in the summer with the launch of an "Aerie Bras Make You Feel Real Good" campaign featuring a diverse lineup of models scouted online. The cast included a woman in a wheelchair, a woman wearing a colostomy bag and a woman suffering from the skin condition vitiligo – a move that was widely applauded by consumers.


Labels such as Third Love, Curvy Kate and TomboyX have also been gaining traction for offering inclusive underwear options that suit a range of body sizes (and, in TomboyX's case, are gender-neutral).


That isn't to say that the old traditions have disappeared completely. Underwear giant Victoria's Secret put on its annual Fashion Show in New York this November, featuring a bevy of 'Angels' including Kendall Jenner, Gigi Hadid and some of the biggest supermodels in the world. Yet the show seemed to have lost some of its sheen with audiences.


Marred somewhat by the outrage that greeted marketing director Ed Razek's comments that there was no need for transgender or plus-size models in the show, the TV rendition of the catwalk presentation drew an audience of 3.3 million, compared to approximately 5 million in 2017. Last month, Victoria's Secret's parent company L Brands reported third-quarter results with a net loss of $42.8 million, an announcement swiftly followed by the replacement of its CEO.


In response to Razek's comments, Heidi Zak, co-CEO of ThirdLove, penned an open letter in The New York Times saying: "Haven't we moved beyond outdated ideas of femininity and gender roles? It's time to stop telling women what makes them sexy – let us decide."


If consumers decide they agree with her, then the lingerie industry could look very different by this time next year.
at December 29, 2018