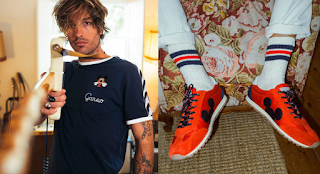 El Ganso is opening a new chapter. After a busy 2018, marked by the end of its partnership with LVMH’s private equity fund L Catterton, the Spanish company is returning to family ownership and its entrepreneurial nature. Clemente Cebrián, who founded the company in 2004 together with his brother Álvaro, discusses the latest events and lays out El Ganso’s plan for the future, in conversation with FashionNetwork.com. A slower expansion, the development of the digital presence and improvements to its stock management are part of the key priorities going forward, as well as revamped design team.


L Catterton, previously known as L Capital, became a key part of the business’s story in the last few years after it acquired a 49% stake in El Ganso at the end of 2015. According to industry insiders, the partnership was expected to replicate the successful investment in French fashion group SMCP, which was sold for €600m in 2012, however the venture ended in September 2018 with the fund’s exit. El Ganso founders repurchased all of L Catterton shares and regained corporate control of the business following the departure of CEO Berta Escudero.

“We didn’t have a bad experience with L Catterton,” Clemente Cebrián tells FashionNetwork.com. “We learned a lot and, as a family-owned business, we are now focused on strengthening what we already have. We want to slow down the store opening programme, drive overseas growth through partnerships with local firms, and develop the online channel.”

This year, El Ganso is planning to continue growing, but in a controlled manner.

“The fund’s exit doesn’t imply a change of strategy. We will continue with the same strategy, but with a reduction in store openings,” Clemente Cebrián says. He explains that the Inditex Effect, named after the major Spanish company due to its aggressive store expansion, has made Spanish companies believe that opening new stores at a fast rate is necessary.

“Now we are realising that online growth is balancing everything out, that there is no need to open so many stores and it’s better to strengthen the existing store network and make it work well,” the businessman continues, highlighting recent closures in Amsterdam and Antwerp last year.

“We have seen that we have to establish ourselves in every country, instead of entering new cities and markets. Above all, it is about people knowing and understanding the brand. It’s a start-up mentality: we are trying new things and reacting fast. El Ganso is a medium-sized company, we have the ability to move and be agile."

Beyond Spain, Cebrián is looking at France for growth.

“It is our main objective. We have to go little by little, appearing more to build a stronger customer awareness in France. The big challenge will be to be purchased by [French consumers] and then by tourists,” he says as he reveals that French shoppers account for 90% of sales at its Rue de Passy shop.

Currently, El Ganso has five stores in Paris, a concession in BHV Le Marais and a further concession in Galeries Lafayette, making up a total of 30 stores in the country. Once the existing network is consolidated, the next step will be to focus on the online channel, Cebrián stresses.
at January 16, 2019