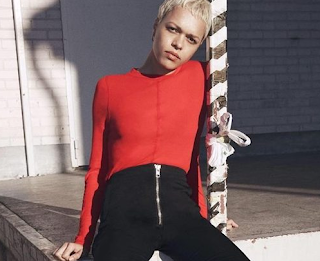 As German trade magazine TextilWirtschaft reported on Wednesday, Nyden stopped posting news about its collections on social media after December 12. The magazine also wrote that the collaboration with footballer Jérôme Boateng, heralded for spring 2019, is no longer on the cards. “It has been put on hold,” as a spokesperson for the H&M group explained to FashionNetwork.com.

The group nevertheless denied that Nyden no longer exists: “The project isn’t stopping, it is being integrated within the H&M website. Nyden is a development project that is part of the H&M group, and it gave us the opportunity to test several innovative ideas. It must not be put on the same footing as the group’s other brands within the New Business division, like Arket, Afound, Monki and & Other Stories. The Nyden project has produced positive results, and in autumn 2018 we decided to incorporate it within H&M, to strengthen their reciprocal links.” The group gave no details about how Nyden will be integrated within the H&M website.
The beginning of the end of Nyden’s existence as an independent label seems to have coincided with its founder Oscar Olsson jumping ship in summer 2018, only a few months after Nyden’s launch. Last autumn, H&M confirmed it cut 12 jobs in the Nyden team based in Los Angeles.
Nyden was designed to test a new commercial rhythm while targeting young, directional customers. Its website launched a regular string of capsule collections designed in collaboration with celebrities and influencers like Dr Woo, Justine Skye and Hart Denton. At the end of December, British pop singer Dua Lipa announced on her Twitter account that her collaboration with Nyden had fallen through, and there would be no joint collection.
In the last two years, H&M has launched a spate of new projects in an effort to find fresh growth opportunities. Besides Nyden, it introduced the lifestyle chain Arket, which continues to expand in Europe, and the inventory clearance website Afound, for the time being present only in Sweden.
at January 16, 2019