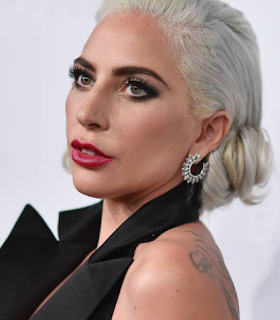 L"I stand behind these women 100 per cent, believe them, know they are suffering and in pain and feel strongly that their voices should be heard and taken seriously," she wrote, describing the claims as "horrifying" and "indefensible".
Kelly has strongly denied all the allegations
.

"As a victim of sexual assault myself, I made both the song and the video at a dark time in my life, my intention was to create something extremely defiant and provocative because I was angry and still hadn't processed the trauma that had occurred in my own life," Lady Gaga continued, adding that if she could give advice to her then-self it would be to seek the therapy that she has since had "to understand the confused post-traumatic state I was in"Gaga has released a statement on Twitter apologising for working with R Kelly in 2013, as three decades of allegations of sexual and physical abuse made against him become the focus of a new documentary. The artists collaborated on the controversial song "Do What U Want (With My Body)", and performed together at the American Music Awards and on Saturday Night Live that year, which Lady Gaga has now said she will remove from all streaming services.

"The song is called 'Do What U Want (With My Body)', I think it's clear how explicitly twisted my thinking was at the time," Lady Gaga, who has become a prominent advocate for victims of sexual abuse, said. "I'm sorry, both for my poor judgment when I was young, and for not speaking out sooner."
at January 13, 2019