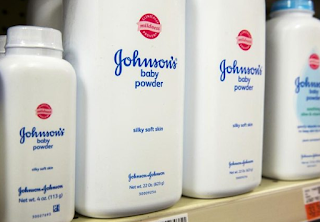 The lawsuit brought by Terry Leavitt in Alameda Superior Court in Oakland is the first of over a dozen J&J talc cases scheduled for trial in 2019. The company is facing some 11,700 lawsuits over the safety of talc in its products.

Leavitt’s lawyer, Joseph Satterley, accused J&J in his opening statement of knowingly selling a dangerous product, according to an online broadcast by Courtroom View Network. “The evidence will show that J&J knew about the asbestos risk and they continued to sell the product, giving consumers no opportunity to protect themselves,” he said.


A lawyer for co-defendant Imerys Talc America, a unit of French Imerys SA, told the jury the evidence would show there is no asbestos in its talc and that Leavitt’s disease was not caused by its product.


A lawyer for J&J will make his opening remarks on Tuesday.


“Our talc is safe and does not contain asbestos. For decades, Johnson & Johnson’s Baby Powder has repeatedly been tested and been found not to contain asbestos,” the company said in response to a request for comment on Monday.


J&J and Imerys have argued in court that decades of studies have shown their products to be safe and asbestos-free.


Leavitt’s is the first talc case to go to trial since Reuters on Dec. 14 published a special report detailing internal J&J documents showing talc in the company’s raw and finished powders sometimes tested positive for small amounts of asbestos from the 1970s into the early 2000s.


The report prompted a stock selloff on fears of J&J’s liability. Shares on Monday closed at $127.01, 14 percent below their Dec. 13 value.


Leavitt’s case is being tried by the same team of lawyers, including Satterley, who in April 2018 won a $117 million award by a New Jersey jury for a man who blamed his mesothelioma on J&J’s cosmetic talc. That verdict is under appeal.


In 11 cases so far alleging asbestos contamination in talc, three resulted in wins for plaintiffs, awarding damages as high as $4.69 billion in a July 2018 multi-plaintiff ovarian cancer verdict. J&J won three other cases and another five ended in hung juries. J&J has appealed all of the plaintiff verdicts, and the company said it is confident the verdicts would be overturned on appeal.


Leavitt was diagnosed with mesothelioma in 2017.
She was born in the Philippines and claims she was exposed to J&J cosmetic talc that originated from South Korea mines during the first two years of her life before her parents moved back to the United States in 1968, Satterley said on Monday. He said testing of Asian talc samples from the 1960s and 1970s by his own expert would show Korean-mined talc tested positive for asbestos fibers, as has talc from U.S. sources.


J&J in court filings in the Leavitt case said that fibers found in the Korean talc or any of its other cosmetic talc could not be classified as asbestos and referred to them as non-asbestos forms that its experts say are harmless.


Geologically, some asbestos can occur as “non-asbestiform” rocks. Both forms often occur together and in talc deposits.


The company in its Monday statement did not specifically address the allegations surrounding the South Korean mine.
at January 09, 2019