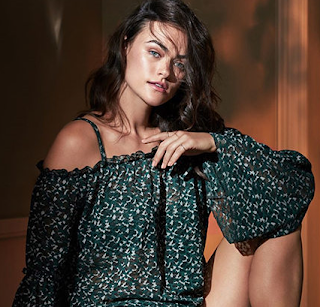 In H1 2018, Van de Velde, owner of the PrimaDonna, Marie Jo and Andres Sarda labels, generated a revenue of €114 million, equivalent to a 3.9% decrease compared to the previous year. The Belgian group explained that this decline was due to a slump in the wholesale business. To compensate for this revenue erosion, Van de Velde has decided to focus on its e-tail site, notably to expand internationally.
The full results for 2018 will be published on February 27. The group, which is listed on Euronext, said that “the board of directors has decided that, from 2019, it will not publish revenue figures separately and in advance, since this isn't compliant with current requirements and market regulations.”
In France, the lingerie industry as a whole produced an even worse performance than Van de Velde’s: in the first 10 months of 2018, its revenue fell by 4.8% according to the Kantar Worldpanel market survey
at January 11, 2019