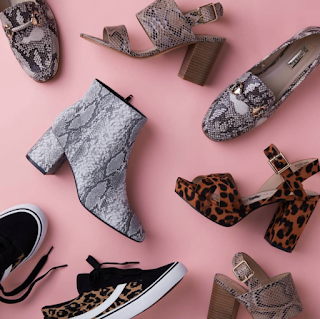 Primark saw higher sales in the 16 weeks to January 5, but its like-for-like sales dipped, so it’s clear that even the strongest European retailers are having to face up to challenging times - especially if they don’t have e-tail to rely on for a big boost


That said, a 4% total revenue increase (at both actual exchange rate and on a currency-neutral basis) wasn’t at all bad and it came alongside a higher operating profit margin, which the company said “was well ahead”.

The company is opening plenty of new stores and said that sales growth was driven by this increased retail selling space partially offset, as mentioned, by a "modest decline” in like-for-like sales. But the openings are being carefully thought out and are positioned carefully to avoid cannibalisation of existing stores. And with the retailer having no webstore, every new physical location is an opportunity to tap a vast reservoir of brand new customers.

Despite the challenging market in the UK, the company, which is part of the Weston family’s giant Associated British Foods conglomerate, said its British stores "performed well” and its share of the total clothing market increased “significantly".

Sales were 1% ahead of last year for the period, in a market which declined year-on-year. But it still seems to have endured some of the problems seen by weaker retail peers. It said that like-for-like sales in September and October were ahead “but reduced footfall affected sales in November,” setting the seal on the view that November really was a nightmare month for the UK fashion retail sector. However, sales over the Christmas trading period “exceeded our expectations,” it added.

There was better news on Europe. Sales in the Eurozone were 5% ahead of last year currency-neutral (it didn’t give us a total figure). Sales growth was “especially strong again” in France, Belgium and Italy, while the “performance strengthened in our second largest market, Spain,” but “soft trading continued in a difficult German market.”

And while the company is often tight-lipped on its US operations, it said this time that it’s “pleased with the strong US performance in the period. Sales were well ahead and benefitted from very strong trading at the Brooklyn store,” which opened in July last year.

The best news, of course, was that “as expected, operating profit margin in the period increased, with purchases having been contracted at a weaker US dollar exchange rate than last year, and through better buying and tight stock management.” That means operating profit for the full year is “in line with our expectations,” it said.


And the company continues to grow its footprint in the UK/Ireland and abroad. Retail selling space has increased by 0.3 million sq ft since the financial year end and, at January 5, 364 stores were trading from 15.1 million sq ft, which compared to 14.2 million sq ft a year ago. Four new stores were opened in the period: Seville and Almeria in Spain, Toulouse in France and a city centre store in Berlin, Germany. In addition, in the UK, it relocated to larger premises in Harrow and the Merry Hill store was extended.

It now expects to open 0.9 million sq ft in this financial year. But the opening of the American Dream shopping mall in New Jersey has been delayed, so its new store there will now open next financial year, while its smaller store in Oviedo, Spain will close this spring. Its 160,000 sq ft store in Birmingham is expected to open in April and its first store in Slovenia later this financial year.
at January 17, 2019

Email ThisBlogThis!Share to TwitterShare to FacebookShare to Pinterest
Labels: primark, US