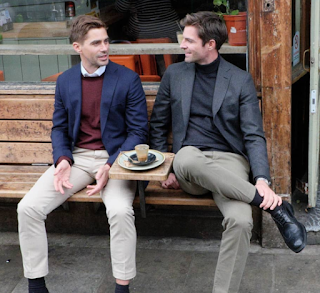 Hardy Amies, a brand that was once one of the best known names in British fashion, has gone into administration for a second time, 11 years after it was rescued following its earlier administration filing. The label under its eponymous founder was formerly a major UK couturier and dressmaker to the Queen, but latterly has been a menswear specialist and has been trading at a loss.


Administrators at Menzies are seeking buyers for the brand's UK operations and intellectual property rights.

Freddy Khalastchi, business recovery partner at Menzies, said: "Despite trading at a loss in the UK for some time, the Hardy Amies brand has a unique heritage, which is much-revered in the world of haute couture, and it very much deserves to live on.  We are looking forward to talking with potential buyers in the coming days and weeks to find a way to make this happen.”

And it look like there’s a chance the brand will be picked up and could continue given its powerful history and instant name recognition.

The label has had a chequered past since being sold by Amies. After passing through several hands (including a sale to Debenhams in 1973), in 2008, the company was acquired by Fung Capital, the private investment vehicle of the Fung family that controls Hong Kong sourcing and apparel mega-corporation Li & Fung.

Despite the giant size of the Fung business interests, Hardy Amies itself has been a relatively small operation of late, with just one store on Savile Row in the heart of London’s bespoke tailoring district. But the label was once much, much bigger. Founded by the designer of the same name as a couture operation in 1946 with its HQ at the same Savile Row location it currently occupies, it expanded in the 1950s and 60s.

Like couture peer Norman Hartnell, Amies used his royal connections (he dressed the Queen from 1952 until his retirement in 1989) as a springboard from couture into ready-to-wear and licensing. That royal warrant was a key marketing asset for the brand that became known as a diverse business, dressing sports stars, creating movie costumes for 2001: A Space Odyssey, designing corporate clothing, and operating a raft of licenses that included interiors as well as fashion categories.
at January 09, 2019