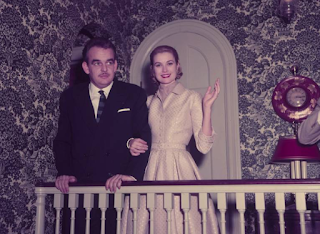 Christian Dior might be enjoying renewed publicity in the UK owing to the V&A’s largest ever exhibition charting the history of the brand, but, in the designer’s home country, Dior is pulling in visitors too. On April 29, the Christian Dior Museum in Granville, France, will open the doors to a show dedicated to celebrating Grace Kelly’s style and her enduring link to the brand.

Grace of Monaco: Princess in Dior will showcase 85 beautifully crafted dresses, many of which were from the Hitchcock star's personal collection and have been carefully preserved in the Monaco palace since her death in 1982. When fashion historian Florence Müller, who curated the exhibition, was permitted access to the palace’s archives, she found that one third of the total pieces were from Dior. This not only shows prominence of the brand at the time, but also Kelly’s relationship with Marc Bohan, the house’s third creative director (after Yves Saint Laurent and Christian Dior himself). A collaborator and confidante, Bohan went on to play the role of uncle to Kelly’s two daughters, Stephanie and Caroline.

As well as the Dior pieces that are inextricably linked to Kelly’s public-facing persona as a member of Monégasque royalty – such as the gown she wore to her engagement ball held in New York’s Waldorf Astoria in 1956 and the couture autumn/winter 1956 look she chose for her first official portrait as Princess Grace of Monaco – items including tweed suits and shirtdresses show her day-to-day existence as a wife and mother. Accessories, letters and archival film footage issued by the palace also offer insights into the life of a woman whose image was cultivated by Hollywood’s desire for glamour, but who eventually gave up her screen career to become an actual princess.
at April 13, 2019