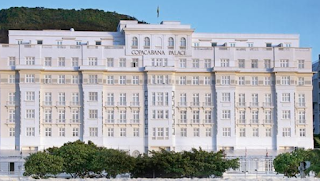 “The operation will be fully completed by April 17, 2019,” added LVMH. The group is strengthening its position in the luxury hotel sector where it also owns the Cheval Blanc chain and operates Bulgari stores.

In December 2018, the group announced its acquisition deal, set at $25 per share to be paid in cash which represented a premium of 41.6 percent compared to Belmond’s share prices. Belmond is present in 24 countries and reported a revenue total of $572 million for the 12 month period that ended in September 2018 with half of this income coming from European operations. The business also has around 8,000 employees.


Founded in 1976 with the acquisition of the Cipriani hotel in Venice, Italy, Belmond now owns or operates a total of 33 hotels comprising 3,100 rooms. Belmond hotels include the Copacabana Palace in Rio de Janeiro and the Cataratas hotel located in the Iguazu Falls national park in Brazil as well as the Maroma Resort and Spa in Mexico. The group also runs two river cruises and seven luxury trains including the Venice Simplon-Orient-Express.
at April 13, 2019