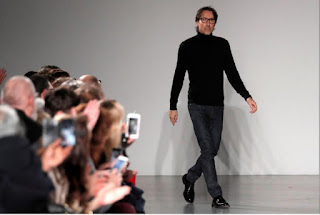 On Monday, French designer Christophe Josse announced he is canceling the presentation of his haute couture collection, due to the strikes which have been disrupting transport in the Paris region since early December.


In a press release, Josse mentioned the problems caused by “extensive social upheaval in recent months,” and the “delays which are incompatible with the completion and realization” of his collection, which was initially due to be presented on January 23.

The widespread strikes triggered in France by the proposed pension reform have been raging for six weeks, with a heavy impact on traffic in the French capital, home since Tuesday of the Paris Fashion Week Men’s, dedicated to the menswear collections by labels like Christian Dior and Louis Vuitton among others. The Paris Haute couture week is then due to follow, from January 20 to 23, featuring on its calendar names like Dior, Chanel, Jean-Paul Gaultier, and Valentino, as well as smaller labels like Stéphane Rolland and Franck Sorbier. Smaller houses are more likely to be affected by the strikes, which notably delay deliveries and impact on artisanal haute couture collections, which are entirely hand-made.
at January 14, 2020