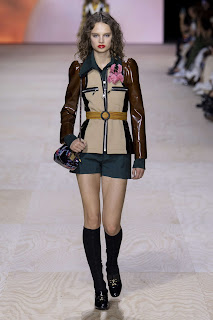 Louis Vuitton, the world’s biggest luxury goods brand by sales, is preparing to shut one of its shops in Hong Kong where protests have hit demand as high rental costs bite, the South China Morning Post newspaper reported on Friday.

The handbag firm plans to close its store in the Times Square mall, the paper said, citing sources close to the matter. The company says on its website it has eight shops in Hong Kong.


The newspaper said the decision to close the shop came after the company failed to reach an agreement with its landlord to cut the rent in the mall outlet.

Wharf Holdings, the shopping center’s owner and Vuitton did not immediately respond to requests for comment.

Vuitton’s parent group LVMH, the Paris-based conglomerate behind other fashion brands like Christian Dior and Hennessy cognac, declined to comment.

High-end fashion labels have hunkered down in Hong Kong since anti-government demonstrations escalated in June, hoping the turmoil would ease in one of the world’s top shopping destinations.

Until now, the luxury brands had only shut stores in Hong Kong temporarily when protests flared.

Hong Kong has long drawn numerous tourists from the Chinese mainland who pick up luxury cosmetics, accessories and clothing at slightly lower prices than at home.

But as the protests dragged on, tourist arrivals have slumped and losses began to trickle through to third-quarter earnings.

Hong Kong’s retail sales fell 23.6% from a year earlier in November to HK$30 billion ($3.85 billion), government data showed on Friday, in the tenth consecutive month of declines.
The protests have spilled into 2020, with some 400 people arrested in New Year’s Day demonstrations when a pro-democracy march descended into chaos.


Some brands are weighing up redirecting some of their investments elsewhere, including to the Chinese mainland and other parts of Asia where many have managed to make up for lost sales in Hong Kong.
at January 10, 2020