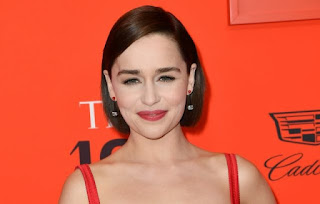 Emilia Clarke has been snapped up by the beauty giant Clinique, to act as its first-ever global brand ambassador.


The Hollywood star, who counts almost 27 million followers on Instagram, is celebrating her new role by fronting the brand's ‘Clinique iD' skincare range.

In a teaser video posted to Instagram by Clinique, hinting at the identity of its newest recruit, Clarke listed her various attributes, including being resilient, funny, optimistic and able to make "a great cup of tea."


"The thing that I love about Clinique is that it has stood the test of time in a way that's quite remarkable," Clarke can be seen telling Clinique's Global Brand President Jane Lauder in a video published on the brand's website. "My Mum knew about Clinique and knew it as being innovative, current, accessible. To have all of those things consistently still feel modern, it's just really exciting."

The deal marks a milestone major beauty contract for British actress Clarke, who is known for her roles in the hit TV show "Game of Thrones" and the movie "Me Before You." However, the star has previously appeared in campaigns for Dolce & Gabbana's ‘The Only One' fragrance, in addition to landing magazine covers for publications such as Elle US, Rolling Stone and British Vogue throughout the course of her illustrious career.
at January 15, 2020