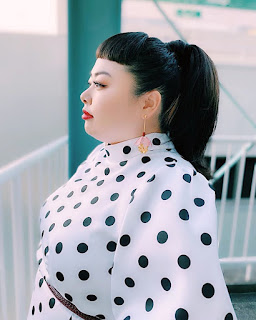 
As part of the deal, Watanabe will star in Kate Spade's Spring 2020 handbag campaign.

"To us, Naomi represents all women," Nicola Glass said, in an official press statement given to U.S. media.

"Her humor and love of life perfectly align with our brand values, and she makes our product shine. Together, we hope to continue inspiring multi-generational self-styled and self-motivated women to live their lives with substance, sophistication and a smile."

Watanabe, whose career skyrocketed in 2008 after performing a lip-sync to Beyoncé, was named as one of Japanese Vogue’s Women of the Year in 2016 and launched her own plus-size fashion line, Punyus, in 2014. Since then, Punyus has launched internationally, and Watanabe has earned the crown as Japan's most-followed person on Instagram as in 2019, with a current follower count of 9 million.

The latest announcement follows a tough year for the Tapestry Inc.-owned brand, which experienced low sales and executive shake-ups as it continued to pursue attempts to refresh its connection with customers. Today, the Kate Spade brand is still searching for a successor to CEO and brand president Anna Bakst, who exited the brand in December 2019. For now, Joanne Crevoiserat, Tapestry’s chief financial officer, is overseeing Kate Spade’s strategy and operations, in cooperation with the brand’s senior leadership team.

Tapestry, whose portfolio also includes the Stuart Weitzman and Coach brands, reported quarterly profit above market expectations in November 2019, thanks largely to success with Coach.
at January 29, 2020