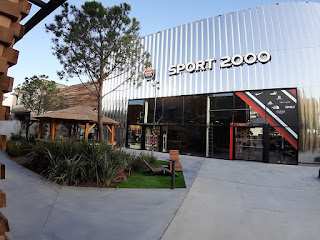 The Sport 2000 International group of sports retailers took advantage of its presence at the ISPO trade show in Munich to reveal its recent results, providing more details on its evolving European strategy. In 2019, the group’s sales rose by 8% over the previous year, reaching a total revenue of €4.94 billion.

“Our progress shows that bricks-and-mortar sporting goods distribution still has a future. It nevertheless requires an innovative approach, in order to offer consumers unique shopping experience. As physical retail specialists, our absolute priority is to create the ideal conditions for our retailers,” said Margit Gosau, CEO of the group since the start of 2017.

The group has set up a new business entity called Sport 2000 GmbH, the name which previously designated its German business only, and now also comprises the markets of Belgium, Holland, Switzerland, and Luxembourg, bringing together under the same banner the countries managed by the ANWR Group. The move stems from Sport 2000’s intention of “intensifying cross-border cooperation,” added Gosau, underlining the group’s shift towards a more vertical, client-centric organization. Sport 2000 GmbH groups together 1,500 stores, and announced it will launch its e-tail site in early March.

Sport 2000 International currently groups together 3,950 stores in 23 countries, with a total staff of nearly 35,000 people. In France, the group has approximately 450 stores, of which 230 are in mountain resorts, and also includes the Mondovelo and S2 chains. Sport 2000’s French e-shop is expected to go live at the end of 2020, to boost the country’s sales, worth €623 million in 2018. No 2019 figures have yet been reported by the French subsidiary, whose member retailers began to place orders again at the end of 2018 after a stand-off with former shareholder Activa Capital.
at January 29, 2020