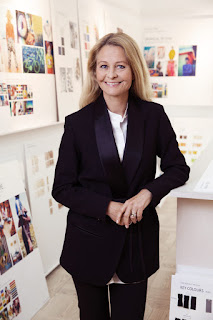 There’s plenty of change happening at the top of the H&M Group at present and not long after naming Helena Helmersson as its new group CEO, the company has said that one of the group’s newer brands, Arket, has appointed Pernilla Wohlfahrt as its managing director. She was previously director of design and collaborations at H&M.

It’s the third MD the now almost three-year-old brand has had since its inception with its most recent leader, Lea Rytz Goldmann, now moving to lead the group’s Cos brand having previously been at Monki. At launch, Arket was headed by Lars Axelsson.

Arket has expanded steadily since its launch in 2017 and now has 20 stores, six of them in the UK. As well as its Regent Street flagship, it has locations in Covent Garden, Westfield Stratford, the Bluewater mall in Kent, Birmingham, and Liverpool. Its 14 other stores are in Belgium, Denmark, Germany, Sweden and Luxembourg.
Meanwhile, Arket’s outgoing chief now has a much bigger job on her hands at Cos. Succeeding Marie Honda who is now working with the group’s director of the new business unit (the operation that includes all of its brands except H&M itself), Cos is a chain of 270 stores in 14 countries.
at February 17, 2020