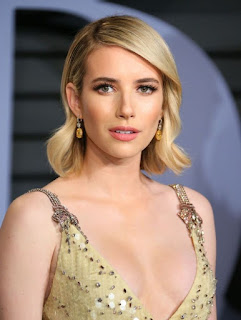 Emma, The actresses have been snapped up to represent the brand's new ‘Boss Alive' scent, which launches this month, reports WWD.

The fragrance, which comes as the brand marks the 20th anniversary of the Boss woman division, was created by Firmenich perfumer Annick Ménardo and includes top notes of apple and blackcurrant, a heart of Indian jasmine sambac, and a base of Chinese cedarwood and sandalwood. It will debut in Russia on February 1, before hitting the shelves in select European markets, Latin America and Australia from March 1.

Roberts, Laura Harrier, Bruna Marquezine and Chloe Bennet have been revealed as the famous faces behind the new Boss fragrance campaign.

The Boss Alive campaign sees its four protagonists, directed by Rebecca Zlotowski, filmed enjoying life in Los Angeles, in an homage to the simple pleasures of life.

"The Boss line is about feminine freedom," Simona Cattaneo, chief marketing officer for the beauty brand Coty Luxury (which Hugo Boss fragrances are licensed to), told WWD. "The concept of Alive is the idea that we need to live life to the fullest every day."

Earlier this month, Boss also appointed the British singer Liam Payne as the global brand ambassador for its Hugo line of fragrances, with the star fronting the campaign for its new Hugo Now fragrance, which will be available in limited edition from February.
at February 01, 2020