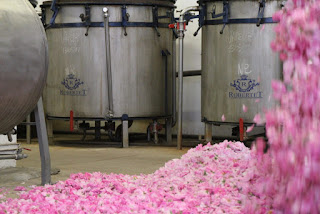 It's a familiar story for France's Robertet, a natural plant-extract producer which has again attracted the attention of heavyweights in the fragrance and flavor production industry. After an undesired acquisition of its shares by the Firmenich group last September, another Swiss company, namely Givaudan, has become a minority shareholder.

“Givaudan informs us that, as a result of market purchases, it now holds 108,109 Robertet shares representing 4.68% of the share capital and that its shares are being registered. Robertet did not solicit the acquisition of this holding and it was not the subject of any negotiations,” announced Robertet in a release, emphasizing that independence remains a priority for the group.

If the Maubert family, which has controlled Robertet for six generations, still holds 47.02% of the share capital, representing 67.50% of the voting rights, its independence is now being strongly buffeted.