Lanvin: Cool opulence in the Gobelins 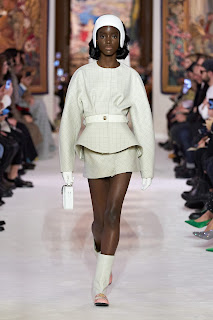 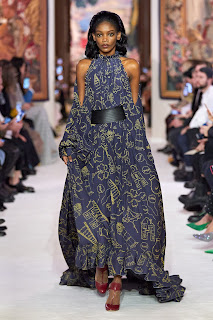 There are a few more imaginative minds in fashion today in Paris than Bruno Sialelli, who staged an inspired collection for the house of Lanvin on a crisp Wednesday morning.

Worn on a cast of several generations, and staged inside Manufacture des Gobelins, the legendary creator of one of France’s greatest royal art forms – tapestry.

“It’s a bridge between the past and the present. Between Jeanne Lanvin and myself,” explained Sialelli, after taking a long march amid thunderous applause before a series of magnificent tapestries in the Gobelins lobby.

Sialelli riffed on much of the house’s archive, from the classy silhouettes to logos and the calligraphy he discovered in a book that founder Jeanne Lanvin had developed with one of her collaborators, French intellectual writer Louise de Vilmorin. Using those prints in ravishingly well-cut dresses and silk scarves.
at February 26, 2020