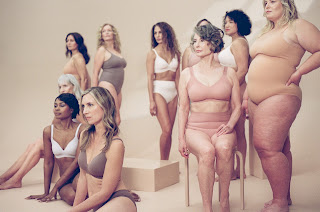 Canadian intimates brand Knix is celebrating women over 50 in a new campaign for International Women’s Day.'

Produced by Montreal-based director Soleil Denault to the Demi Lovato song “Confident”, the campaign stays true to Knix’s mission to capture the elegance and strength of all women.


The video features a variety of the brand’s core products, as well as the brand’s first-ever lace collection that launched this week.

“The inspiration for this campaign is pretty simple: society as a whole has pretended that women over a certain age don’t exist,” said Joanna Griffiths, Founder & CEO of Knix, in a statement.


“We wanted to celebrate women of all ages and really honor the fact that we’re beautiful at any age.”


To produce the video, the brand held a casting call via its social media channels and received over 500 applications.


Since 2013, the brand has been working to change the way women shop for intimates and other first layer pieces with a brand image that’s a far cry from that of Victoria's Secret and other fantasy lingerie brands.


“I’d love for the broader industry to take notice and finally recognize that it’s time we really celebrate women of all ages,” added Griffiths. “In the post Victoria Secret era, the messaging and imagery at the core of the lingerie industry needs to change.”