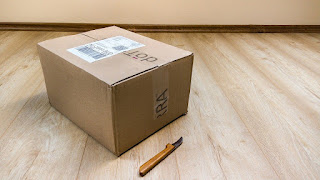 Some fashion retailers that are continuing to trade online are coming in for criticism over the conditions for workers in their distribution hubs. There have been reports of concerns over worker proximity to colleagues while doing their jobs and trade unions have weighed in on the issue.

The GMB union accused YNAP’s Net-A-Porter “of putting fashion before lives by refusing to shut during the coronavirus crisis” and called on it “to follow government advice and immediately close”. But with a total of 550 people working at its site in Charlton, South London, the company said it had put strong social distancing and hygiene measures in place and told us on Thursday that it had already decided to close. "We will be temporarily closing our London warehouse in line with similar temporary closures we have made in Europe and the USA, until further notice,” it said.

Meanwhile, back with the UK, the GMB union also claimed that social distancing was being overlooked at the Asos warehouse in Grimethorpe, Barnsley, where “up to 4,0000 people” are claimed to work. But the company refuted the claims.

An Asos spokesperson told us: "We totally refute the allegations made by the GMB this morning. They are false, do nothing more than serve to create panic and hysteria in an already uncertain time, and are part of a continuing campaign against us and the recognised union on site, Community. It is simply not true to say we don’t have social distancing protocols in place and it is not true to say that we have thousands of employees working under one roof.

"The reality is we typically have around 500 colleagues working in our 680,000 square feet facility at any one time and we have strict social distancing protocols in place but, it must be said, it is also our colleagues’ responsibility to adhere to them. As directed by the Government, we, along with other online retailers, are ensuring we are striking the right balance between keeping our warehouse operational, for the good of our employees and the wider economy, and maintaining the health and safety of staff, which is always our number one priority.”

Meanwhile, the Telegraph reported several Boohoo workers complaining about working conditions at its hub. One said that: "Boohoo has advised staff to observe the two metre separation rule. However, that is impossible to achieve due to the nature of the work.”

But in reply, Boohoo said: “We have closely followed the Government guidelines to keep everyone in our Boohoo family safe and well. We have transitioned the majority of our teams to working from home. We immediately identified those in a high risk category and removed them from the workplace for their safety and have closed all communal areas. Where it is not possible for our teams to do their jobs from home we have implemented stringent hygiene and self-distancing measures and have lots of support in place. The steps we have taken are extensive and we have our senior team monitoring the site continually to ensure adherence, it is therefore wholly untrue to suggest that we are not protecting the well-being of our team."
at March 26, 2020