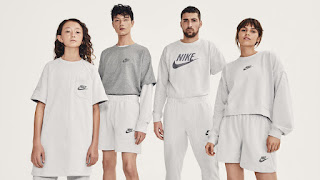 Nike asked employees at its London headquarters to stay at home while the offices in Soho undergo a ‘deep clean’.

It comes after a member of staff returned from an overseas trip to a coronavirus-affected area, although the sportswear brand said no colleagues have reported feeling unwell.

The three floors at Film House, which are home to about 150 Nike employees, closed on Tuesday and will remain shut until Thursday at the earliest, the Evening Standard reported.

Other businesses in the same building, including various film and television production companies, were operating as normal.

“While we have no information indicating any exposure to employees, out of caution we are conducting a deep cleaning of our offices,” Nike told the newspaper.

The company’s office at Doxford Park near Sunderland was also closed on Tuesday.

According to government data, one fifth of the UK’s workforce (some 6.5 million people) could be off sick during the peak of a coronavirus epidemic. The number of confirmed cases in the UK rose to 90 on Thursday evening, with a further surge expected in the coming days and weeks.

More companies could encourage staff to work from home as the virus continues to spread. Twitter has suspended all non-essential business travel and events, the Guildhall School of Music and Drama has shut for up to 14 days and an entire floor at HSBC’s Canary Wharf headquarters was evacuated on Thursday after an employee caught the disease.
at March 05, 2020