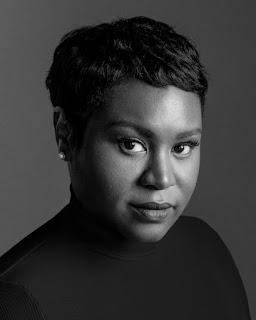 After Chanel, Gucci, and Kering, Prada too has introduced the role of chief diversity, equity, and inclusion officer. The Italian luxury label has poached Malika Savell from LVMH, naming her to the newly created position for its North American subsidiary. Savell will report to Marcelo Noschese, CEO of Prada USA, but her remit will cover the Prada group as a whole.
Savell will be “responsible for developing policies, strategies, and programs to help ensure a diverse representation of cultures and perspectives at all levels of the company,” said Prada in a press release, adding that Savell will notably be tasked with “[strengthening] the inclusive culture and advancement for the company’s talents.”
She will collaborate with all committees and departments within Prada that are involved in diversity and inclusion issues, as well as the group’s creative teams “to keep the company abreast of the global social conversation around race, culture, and politics.”Savell started her corporate career in marketing, soon making a name for herself in experiential marketing, working among others at Sony, NBC, and Remy Cointreau before being spotted by French luxury group LVMH, which she joined in 2011. Working at LVMH’s New York subsidiary, Savell took on several executive roles, eventually being appointed director of cultural diversity- partnerships & engagement in 2019.
“Malika is a professional with solid leadership capabilities and is ready to make her mark. She brings a wealth of exceptional skills and experiences to Prada, from which [the group] will certainly benefit,” said Lorenzo Bertelli, Prada's group head of corporate social responsibility.
Savell herself said she is “honored to be part of a strong leadership team that supports our talented employees by enhancing the company’s culture and global influence, to ensure that the Prada Group continues to reflect the diverse world we live in.”
at October 22, 2020

Email ThisBlogThis!Share to TwitterShare to FacebookShare to Pinterest
Labels: Prada