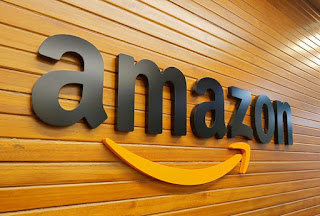 Saurabh Srivastava has taken over from Arun Sirdeshmukh as business head of Amazon Fashion India with immediate effect. “We confirm that Arun Sirdeshmukh, business head- Amazon Fashion India, has decided to move on from Amazon India,” an Amazon spokesperson said, according to ET Retail. “Srivastava, director, consumables and media, who is a tenured Amazonian, will lead the fashion organisation with immediate effect.”
Sirdeshmukh will leave Amazon in February, a source told ET Retail. The business’ India category head for menswear, womenswear, and children’s wear Puneet Gupta will also move to another role in the business and be replaced with someone else, according to ET Retail’s sources. India’s online clothing market is continuing to grow, especially as shoppers stay home and shop online during the ongoing pandemic. However, Amazon’s fashion business is up against some strong competition from market leader Flipkart and its fashion-focused subsidiary Myntra as well as other players including Ajio
“Amazon has been struggling with its fashion vertical and is a distant second after the Myntra and Flipkart combination,” said the source, according to ET Retail.
Although Amazon India and Flipkart are neck-and-neck in the electronics market, the latter has currently managed to gain a larger market share in fashion.
Amazon.com had not replied to a request for comment from FashionNetwork.com at the time of publishing.
at December 14, 2020